My first proper entry to the painting challenge was my first finished Saxon Regiment for my 1813 project. Or more exactly the first battalion of Regiment Prinz Friedrich August. I had painted the second battalion beforehand already and planned to finish the whole regiment before the painting challenge started, but didn't have time so left it to be painted as my first larger entry. 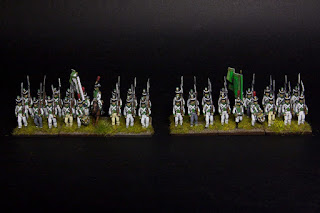 Originally raised in 1701 by Count Beschling and participated in the multitude of wars during 18th Century including the Wars of Polish and Austrian succession and the Seven Years War. The battalion fought against the French in 1806 with the rest of the Saxon army followed by campaigns against Austrians in 1809 and the ill-fated Russian campaign of 1812. After the Russian expedition the Regiment could muster one under strength battalion that took part in the battles to slow down Russian and Prussian advances in early 1813. Brought up to strength during the short armistice they later suffered heavy casualties and finally switched sides at Leipzig with the majority of the Saxon army.

As detailed before the paint job was kept fairly simple with block colours being applied over white before being washed with black ink and then highlighted with 1-2 different shades depending on the area. To add a bit of variety to the unit I decided to paint some trousers with different shades. I kept the jackets the same colour for everyone, but for future units I might have to try adding slight variations to the uniform colours as well as some mud.

The flags are from GMB designs as pretty much all the flags I've ever used. A bit on the large side and only a few millimeters smaller than the free flagpole area, but they definitely look amazing.

These AB miniatures really are a joy to paint and don't feel like a chore like most 15mm miniatures. Almost makes me start to think that 28mm isn't the better scale :) The downside is that there's sometimes even too much detail, which makes them quite slow to paint if you really want to do them justice. The only real issue is that there's only 4 different poses available. Calls for some conversion work and I think I'll add at least some Sappers and convert some greatcoat wearing troops from French troops in future units. 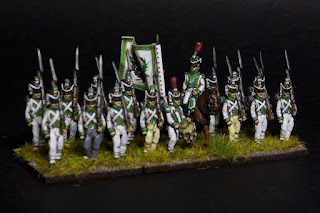 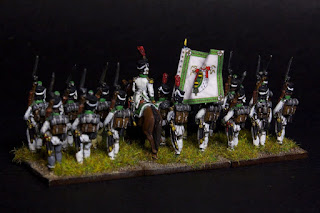 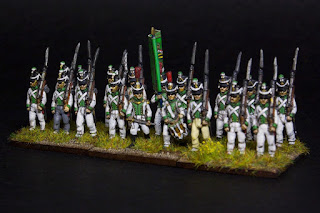 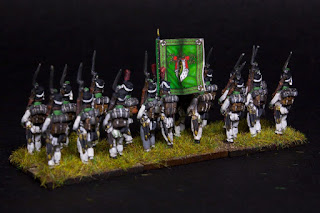 It's that time of the year again when a bearded old man comes crashing down your chimneys! So I wish  all of you a Merry Christmas and a Happy New Year!

I'm off for the rest of the year with little or no hobby related things happening, so here's a final post with some christmas tree ornaments that I painted up for this christmas! It's the first time that we got our own tree with the missus so I felt we needed some suitable decorations :) 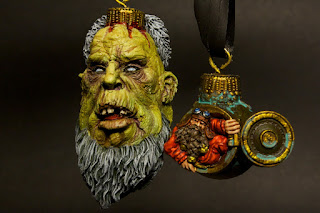 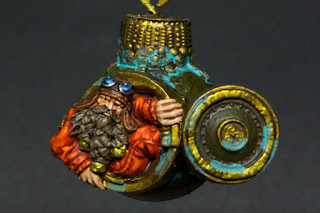 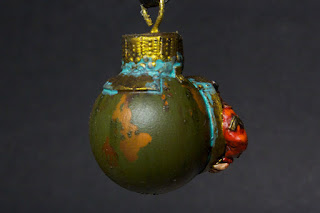 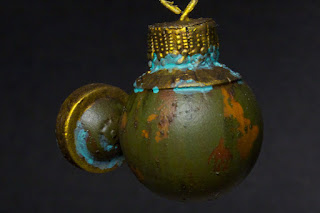 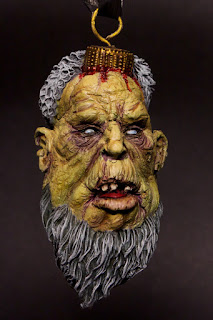 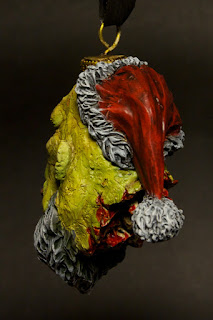 Time to get started with the three months of madness that is Curt's annual Analogue Hobbies Painting Challenge. It's the sixth edition of the challenge and the fourth time that I'm participating in it. Once again I'm aiming for the 1000 points as in the last couple of years. 2013-14 saw me pass it by a great margin while last year I only just got over the target. With real life interfering more with hobby time nowadays, it will be bit of a stretch to get that done. But we'll see how it goes! Might have to participate in one or two of the bonus rounds to make the points this time around. 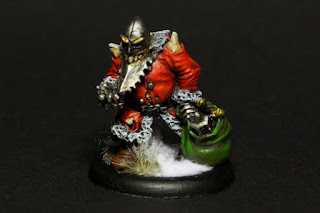 But without further ado it's time for my first entry. I wanted something really fast to paint up for the first miniature and while rummaging through my lead pile I found a bunch of old citadel sculpts that I'd bought from eBay a while back and more or less forgotten about them. With Christmas around and me coming from the land of Santa Claus I figured that this old limited edition christmas special was the perfect choice! What we have here is a Citadel Chaos Santa sculpted by one of the Perrys and being available during christmas sometime in the mid to late 80s. Last year I had plans to paint this up and make a small vignette inside a christmas decoration with it, but that never materialized so this time I just went with a normal base. 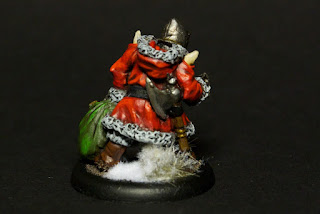 Coming up next in the challenge are some Saxons and then I'll probably finish off the rest of the Flames of War Americans. Plus some miniatures themed christmas decorations :)
Lähettänyt Samuli klo 8.24 12 kommenttia:


With today being the 98th Finnish independence day it's time for some vehicles from the only major Allied nation that didn't declare war on Finland during WW2, namely the US. They have been sitting for way too long waiting for finishing touches, but I finally got around to adding mud and varnishing them this morning.

So once again more Olive Drab, this time of earlier variety with vehicles that were mostly used during the African campaign. 5 M3 tanks with the long barreled gun and two M3A1 scout cars to have some fast recce elements to support the tanks and armored rifle platoons. I'm sticking with my tried and tested method of base color with modulation done by airbrush and weathering by chipping and enamel washes. 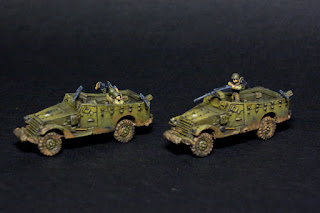 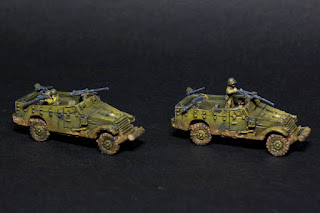 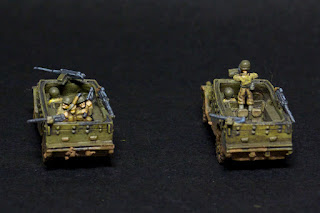 With these finished my autumn US project is finally drawing closer to the end. Only 3 platoons left and some extras like Jeeps, command stands etc.The only real larger thing missing is one Armored Rifle Platoon. Hopefully I can get the rest finished before the end of the year as I should have a little more time for painting as for the first time in months I'm actually home on the weekends instead of hunting trips etc.

And finally something suitable for todays occasion.