Picton's 5th Division at Waterloo continues with the 95th Rifles. Finally got the last ones finished today.  Probably the biggest cliche unit in British Napoleonics, but what can you do after watching too much Sharpe as a youngster.

This brings my 8th Brigade to near completion. Still needs the 28th North Gloucestershire regiment.


The whole lot of 20 riflemen and their command. All figures are Perry metals or plastics. Painted with Vallejo paints and finished with Army Painter products. 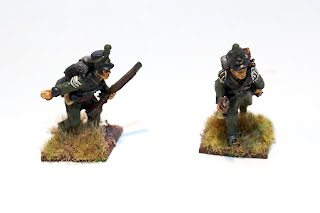 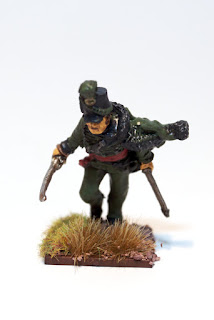 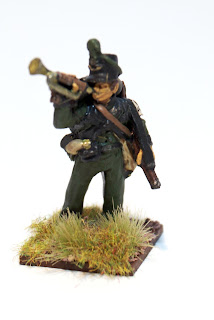 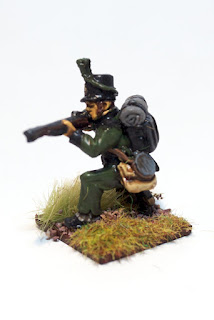 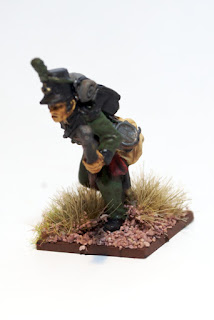 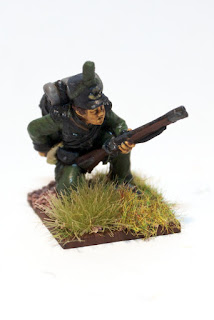 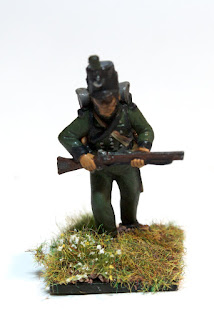 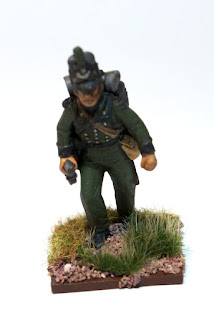 Next up a change of sides as I'm painting some French Cuirassiers to have a change from painting all the red (and green) coats. After that I'm starting to run out of figures again as I'm still waiting for a package that I ordered in the end of November already

I got my last exam at the University done and had some time to work on my first unit for the Analogue Hobbies painting competition. A platoon of of German Grenadiers for Flames of War and a company command base with an attached Panzerschreck team. Got me the lead for a few hours at least :)

First unit of 15mm I've ever painted. Quite fast to do with just drybrushing the uniform over black undercoat and then blocking out the colors before a wash. I'm quite pleased with the results. Less than 5 hours of painting and basing to get some units that look good enough for a gaming table. 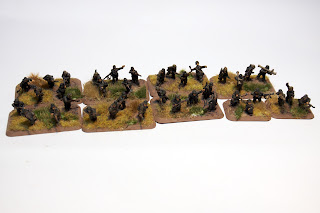 The glue I used for basing is still a bit wet and shows through as I was in a hurry to get pics for the painting challenge. 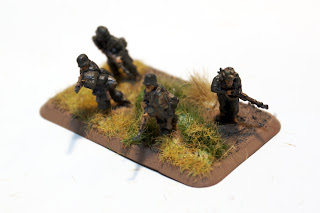 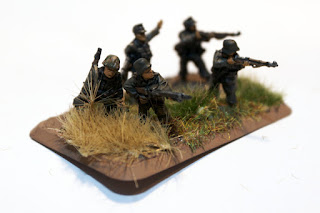 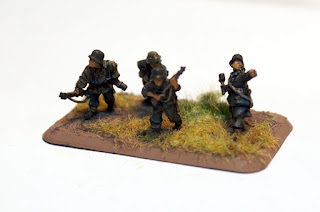 Next up the 79th Cameron Highlanders. Mostly Victrix figures with some arms and weapons from Perry leftovers. I have to say I was extremely disappointed by the plastic used by Victrix. Quite a lot of parts breaking of at the slightest touch. Interestingly enough the flank companies seemed to be made of some different kind of plastic and they held together quite well. Even without the brittle plastic I think the quality isn't on par with Perry and I will probably try to stick with them on the plastic figures.

The Westfalia Miniatures Rude Highlanders are just some of the best minis I have seen. I also have their Prussian Chirurgen set and I can't help but wonder how they manage to get the castings done that cheap with such a high quality. 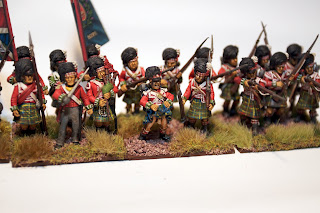 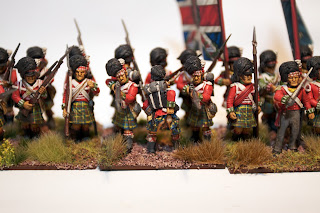 Painting tartans was quite challenging but in the end I think they turned up pretty nicely. I simplified the Cameron of Erracht design quite a bit to make it more suitable for a gaming situation. Maybe not the most correct one, but looks good to me. 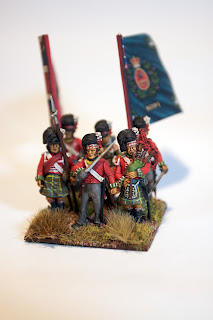 Here is the first unit that I've finished since I started wargaming again this Autumn. The 32nd Cornwall during the battle of Waterloo. Suffering the highest casualties of any british unit they 647 men and ended the battle with only 131 men left standing.


They stood, They fought, They died, They won, They are remembered.

At the moment I'm building most all of my units with 5 bases for Blackpowder. With 45mm bases I get about the same frontage as all the other guys at my club who play with 6x40mm. The more packed bases just look better in my eye and as I mostly just use them in a firing line or marching towards battle there is no need for an even amount of bases. Maybe I'll change this when I have the 8th and 9th brigades done 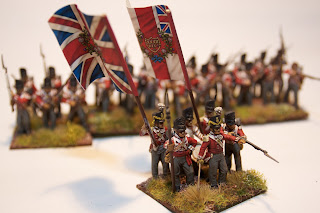 The GMB Designs flags are just fabulous even though they are maybe a bit too big for the minis. 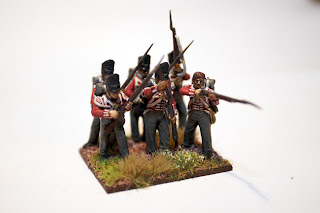 It's a start of sorts

Well I've been thinking about starting blogging about my painting and such for a while now, but never really got around to it. With the Analogue-Hobbies painting competition starting I though why not do it now. At least I will have something to put here if I have some reason to push myself towards getting minis painted!
Lähettänyt Samuli klo 10.29 Ei kommentteja: