Phew it's been quite a busy 6 weeks. Apologies for my absence and lack of comments on other blogs as well. We got the keys to our new apartment in the middle of January and since then I've been there every single day after works and all the weekends except for a Flames of War tournament. Finally there's light at the end of the tunnel and our renovation is starting to be finished and we are moving in on Friday. Practically every single surface in the apartment has been redone except for the bathrooms which I'll do later on in the year when we've settled in. Walls and ceilings were painted, I've installed new wood floors and redone the stairs. In addition we tore down a wall to open up our living room and gotten a brand new kitchen. We ended up hiring a company to do the kitchen, but I did the rest myself with help from friends along the way. Quite an exhausting experience with practically no free time for a month and a half, but still quite rewarding to see the whole thing being finalized.

Now that we've been packing things away the whole scale of my hobby seems to show itself as well. I was actually pretty surprised myself as well with just the board games taking 5 large moving boxes straight away and the miniatures even more. I ended up taking some to the new place already to put them on the shelves to make space for packing dishes, clothing etc. I'm starting to think that thinning out the collection might be a good idea sometime... 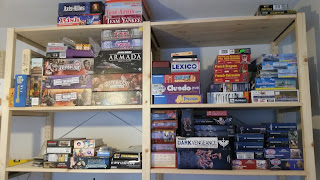 Also I ran into a slight issue with transporting all my painted miniatures! Normally I store quite a lot on showcase shelves and when I started to pack them away found that I ran out of foam trays to pack them in. So I had to empty one tray out in my new wardrobe to make space for more stuff from the shelves ;) 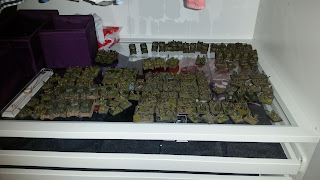 With that out of the way it's time for some of the Painting Challenge entries that I managed to finish before our renovation kicked of properly. First up a pair of King Tigers and Wirbelwinds for my Flames of War Germans. The later model without Zimmerit was my Secret Santa gift and definitely came in handy as I needed one for the tournament in late January. So thanks to my mysterious benefactor once again! The other one was dug up from my lead pile. It was bought used as part of an eBay auction. One of the only minis that was actually useful from the lot as most were put together wrong, missing parts etc. Definitely the last time I'm buying anything just looking at a tiny picture online.

They were all painted with colour modulation using 4 different shades going from dark yellow to an ivory shade. Camouflage was added on top of that with some further modulation on the camo shades on the later Königstiger. Enamel washes, chipping and mud were the used to weather them. 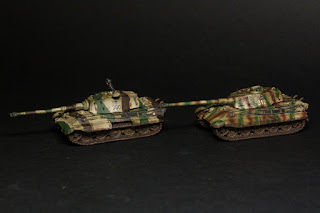 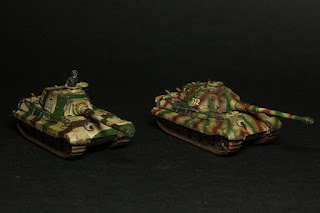 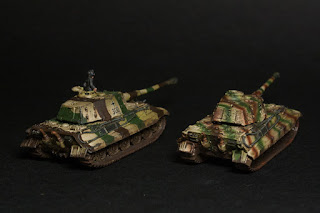 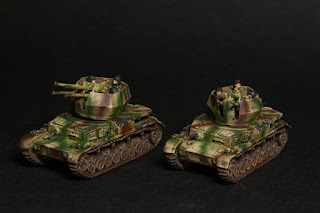 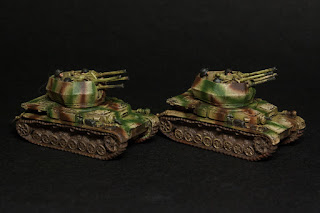 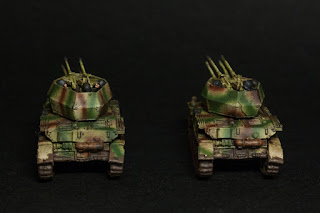 As my final Flames of War German entry for the challenge I painted up some Sturmgewehr armed infantry. I'd originally planned to field Panzergrenadiers, but in the end ended up switching to Volksgrenadiers so I need to paint up a few more stands armed with assault rifles. I still haven't really figured out how to get camouflage clothing to work at this scale, but from your normal gaming distance you can't really see it anyway. 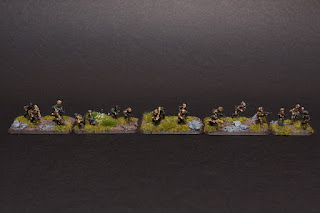 And finally some refs for Blood Bowl. When I saw Forge World bringing out limited edition referee sculpts I couldn't help myself. I'm a sucker for everything that says limited and with them being such nice sculpts I immediately placed an order for them. They were a nice little side project to paint up. Certainly refreshing between the Flames of War stuff. 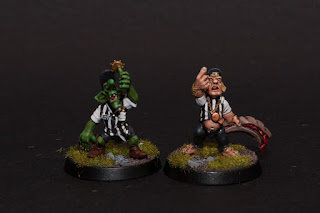 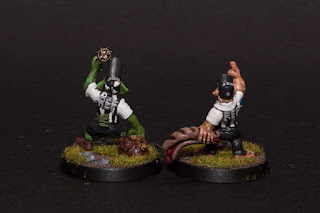 With this post done it's back to packing our stuff. A couple of more days to endure and then I can hopefully have some desperately needed hobby time for myself. At least at the new place I'll have a small room for myself and all my things so it's an improvement!