Well I managed to jump onboard another Kickstarter project before even seeing any progress from the Empress one. But then again as a Finn seeing someone do minis for the Winter War in 28mm was too good of a deal to pass.

Baker Company is running their Winter War Wargaming Miniatures Kickstarter to create both finnish and soviet forces for this early WW2 period. At the moment a platoon comes at 60 pounds which might seem a bit high, but the amount of free strech goal minis is quite epic. At the moment I'm going for the Border Assault pledge which give a platoon of both Finnish and Soviet Troops and a few hundred pounds worth of extras for free. I'm a bit anxious though about all the stretch goals and them making the whole project too costly for Baker Company to go through with. But even getting half the stretch goals would still make the whole thing a great deal. 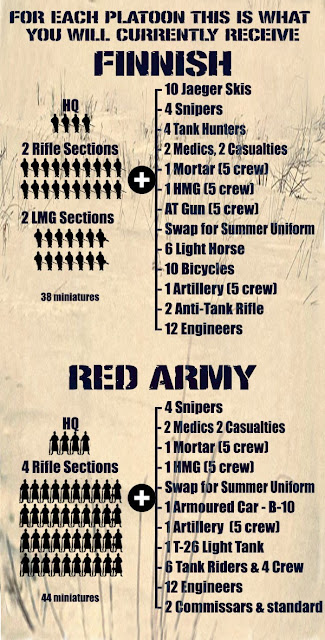 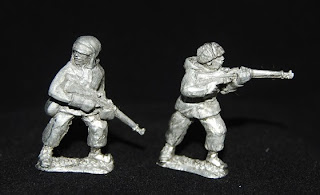 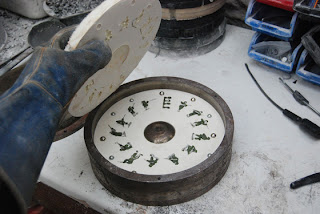 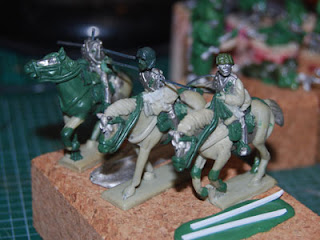 It's been a bit over a month since I finally got back home from Turkey and into hobby mode. On the painting side things have been quite quiet, but I've been able to get in quite a few games between all the afterworks, cottage trips and late summer weddings that I've been attending. Hail Caesar, Saga, Warhammer Fantasy, X-Wing and In Her Majestys name have all been on the menu.

In Her Majestys Name is proving to be quite a nice ruleset for a more casual story oriented game. We had a campaign game run through August to hunt for a legendary ruby. Of course my fellas from the Royal British Gentlemens Club had to make sure that the ruby wouldn't fall into the wrong hands, but would instead add even more prestige to the collections of the club. Too bad that I only got images from two of the games. 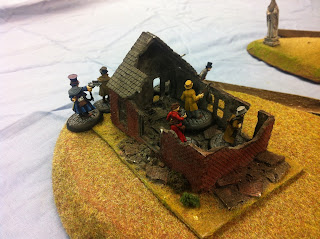 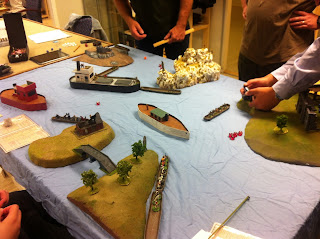 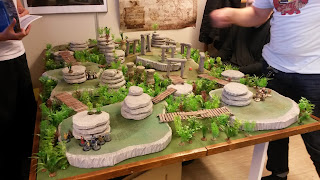 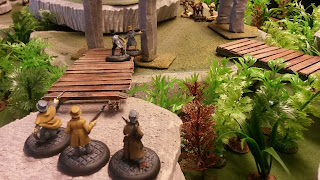 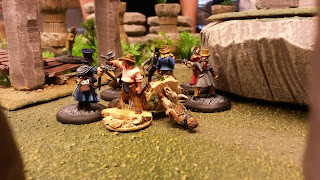 The Gentlemen teaching those uncivilized cowboys some manners.


We also played the Battle of Thermopylae using Hail Caesar rules. A very nice game, eventhough my newly painted Hoplites newer really even got into the fight thanks to abysmal command throws. 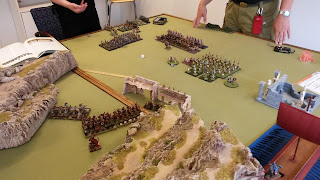 A small group of Spartans with their helots holding the pass. 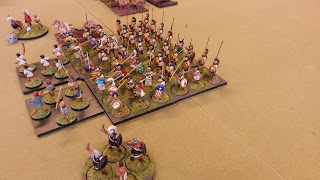 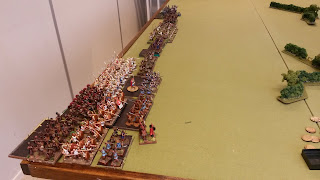 Greek reinforcements, which started making their way really slowly towards the battle. Apparently they weren't so keen on helping the Spartans. 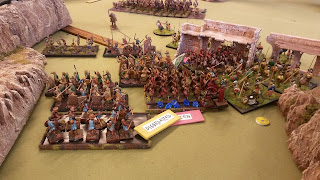 I also got 4 games of Saga under my belt by taking part in a mini tournament at our gaming club. I won the practice game but lost every single game in the tournament so I think I can come to the conclusion that the game must be very bad :) I need to try some other faction as the Anglo-Saxons that I now used just weren't very resilient as most of the abilities relied on having large units and the loss of some guys really brings down their fighting value. 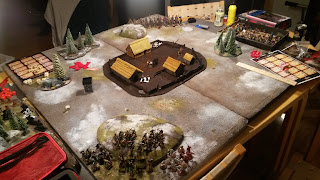 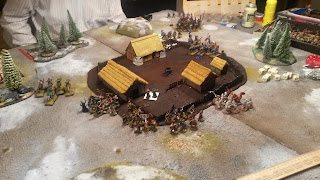 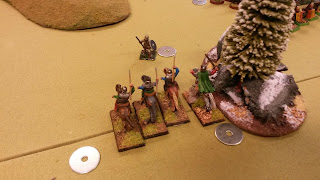 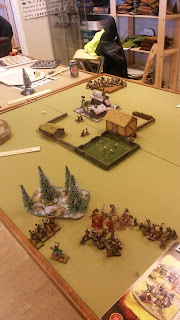 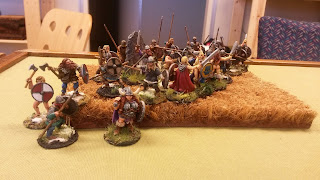 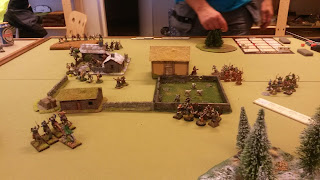 Now I'll really have to focus on writing stuff here and painting some minis. The hunting season isn't too helpful, but luckily I'm starting my master's thesis soon and that should maybe give me some time for painting as I can work from home and don't have to drive to the office everyday. And we are finally moving to a new apartment! Maybe now I can actually have a dedicated hobby space instead of just a tray that get's moved out of the way everytime the dinner table is used.