Not all is lost!


Despite being awfully busy with travelling the country and checking out the riots in Istanbul I've actually managed to have some progress on the hobby front! At least in the sense of increasing the pile of unpainted lead in the closets. 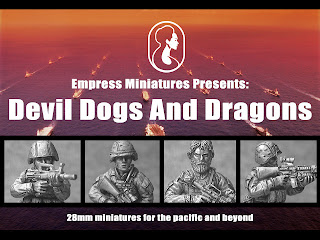 Empress miniatures have started a Kickstarter project aiming to bring out Asian themed 28mm modern USMC and PLA troops. I've been drooling over their previous products for a long time now as they are just absolutely some of the best minis I've ever seen in the scale. Great detail, good poses and extremely reasonable pricing. So naturally when I saw the Kickstarter page I had to go for a pledge giving me both USMC and PLA troops to take my Force on Force gaming to a new theater. It's also a good opportunity to change from the 1/72 minis that we have been using with our reservist organization to 28mm that is used at my local club.

Their kickstarter has already passed the first few stretch goals giving out both Navy Seals and Chinese Special Forces. Next up Australians and after that who knows now that they have also bought out Imprints range of 28mm vehicles.

Check the Kickstarter out here. 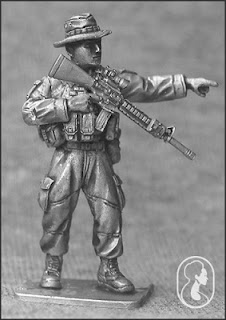 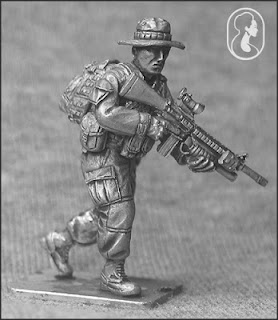