Well Modern May is drawing to an end and I haven't really made much progress considering my goals. I started a new job and it has really kept me busy with longer hours than previously and quite a bit more travel too so hobby time has been at a premium lately. So not much painting going on and I haven't even had time to read any blogs that I've been following. Running out of bases didn't help with these guys either as I normally paint the bases first and didn't want to start on some minis before putting them on their bases. 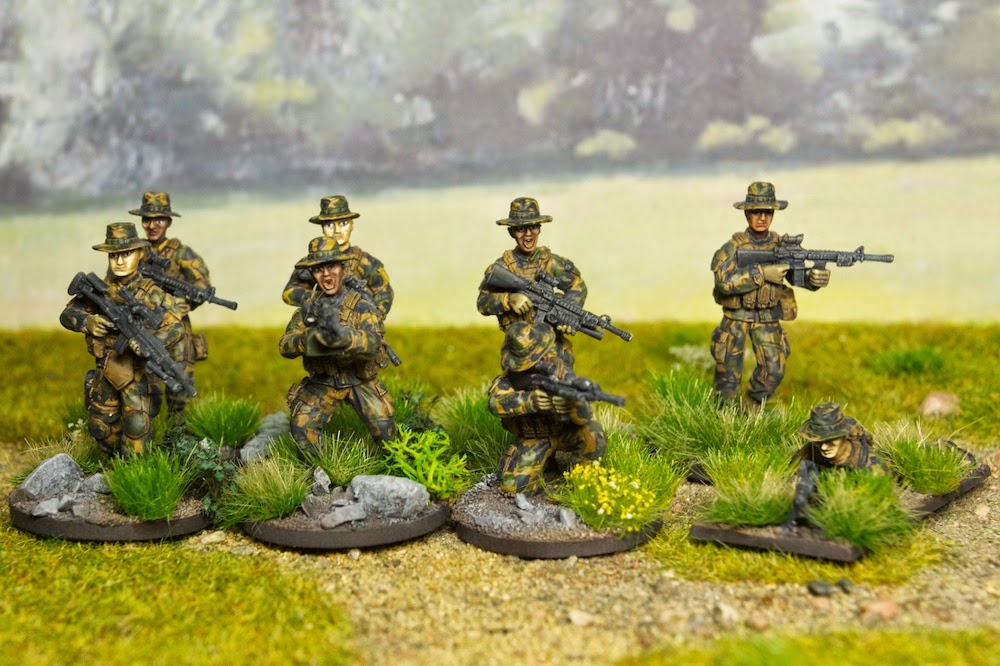 Anyways this is the last patch of Woodland camoflaged Marines, though I'm a bit tempted to paint the second bunch in the same camo too. This was the first time that I really tried painting darker skintones. I tried to go for a Latin American and African American look on them. I guess the African American skin turned out quite nicely, but the more reddish Latin skintone looks a bit off to my eye. Might have to try a really dark central African skintone sometime too. Maybe when I get back to my Warhammer Fantasy Chaos army. 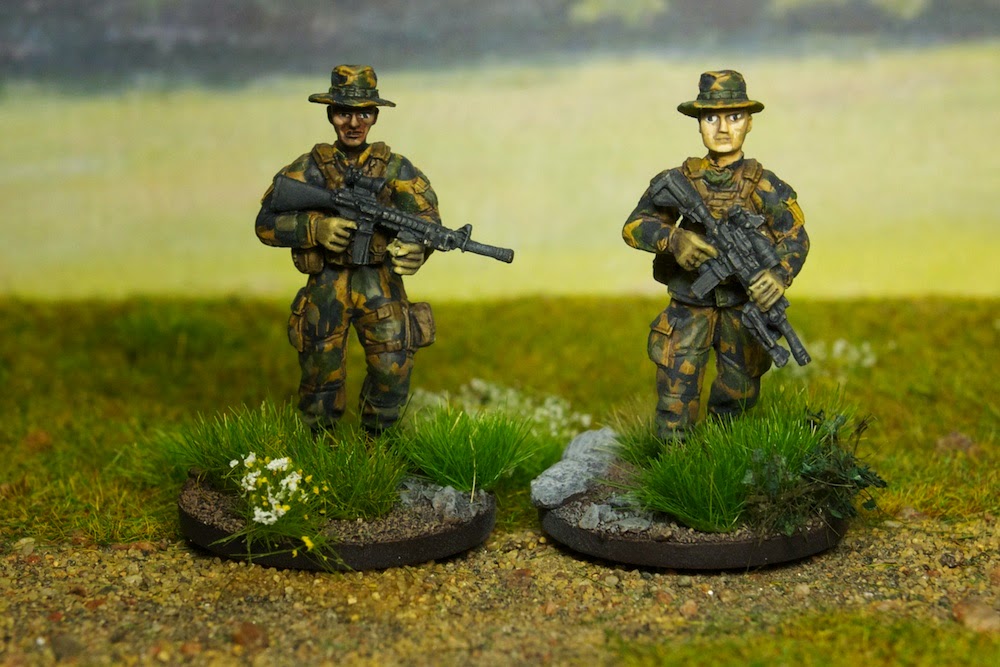 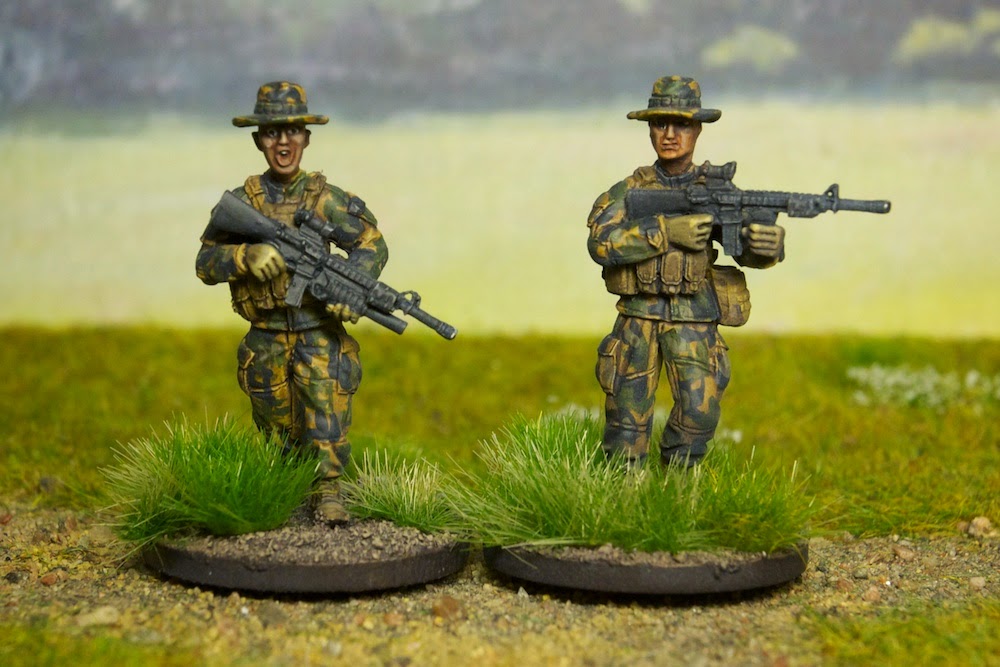 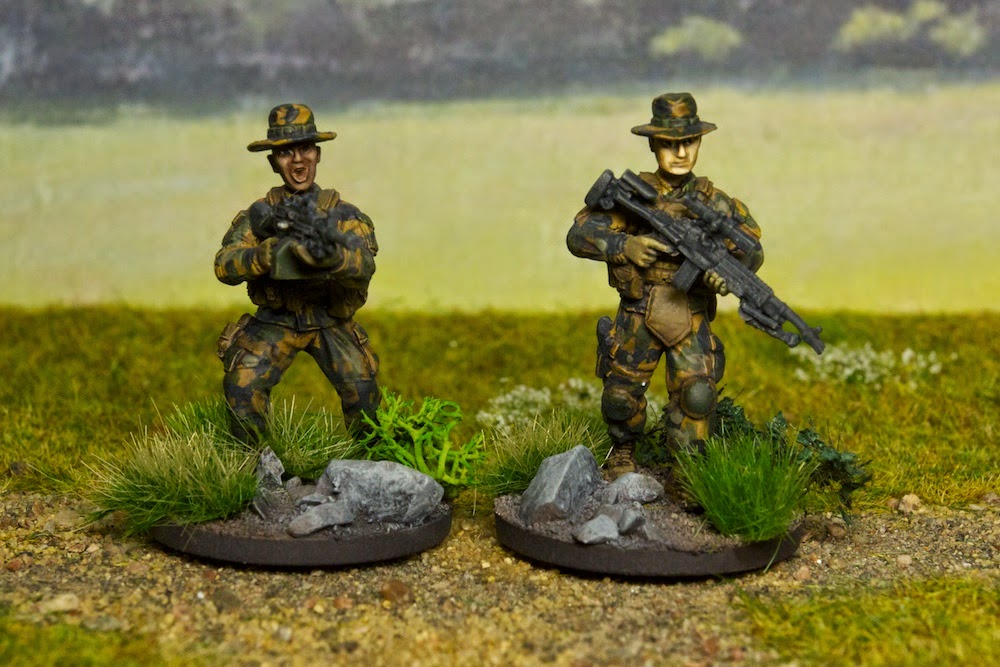 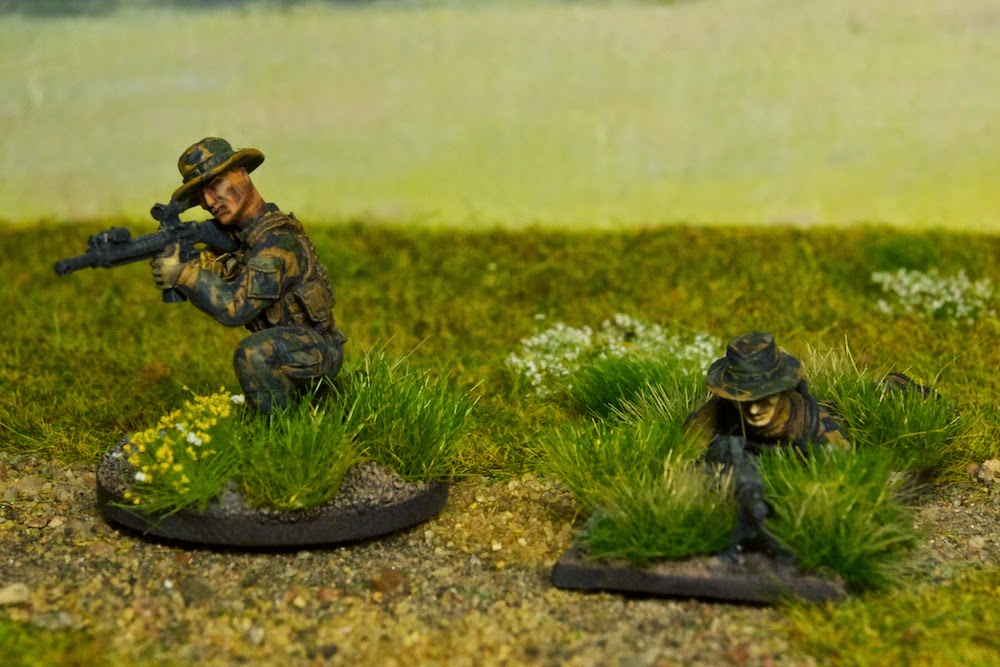 I've got the first Oshkosh finished with the main paintjob now. Preshading, dark yellow and then some colour modulation with a lighter yellowish colour. Next up painting the details and then weathering. My frogmen team is also more or less on the way. They are a bit difficult as their gear is 95% black in real life and trying to add contrast to the minis is a pain in the butt. I've now got them painted with a black base and a few shades of grey applied with an airbrush followed by a black wash to sharpen all edges. Looks good close up, but too monotone for gaming distances. 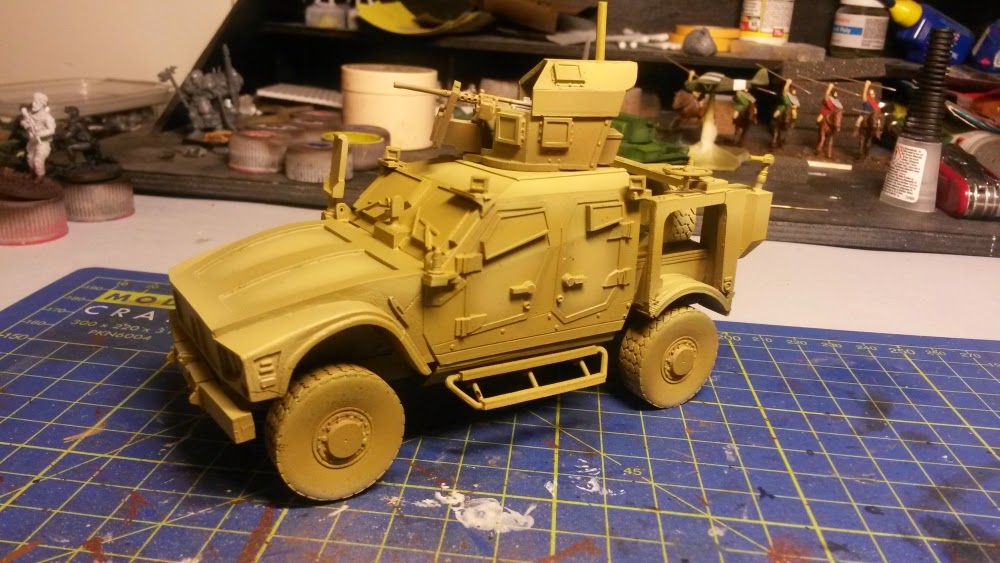