Finished basing one of the final platoons for my Flames of War force. Around 2000 points worth of miniatures ready now and only the Artillery battery left to do to to allow for a few different list options. Still no news of those minis though so no idea when I'm going to get them done. I ordered them in early February and haven't gotten an update on the order since April when the store said that they are on order from Battlefront... A bit frustrating considering that they are not the only minis missing from the same order that I've now paid for nearly 3 months ago.

I added a bit of weathering on the guns with a sponge to make them look a bit worn from fighting. Otherwise the standard paintjob that I've already done on quite a few of these little guys. 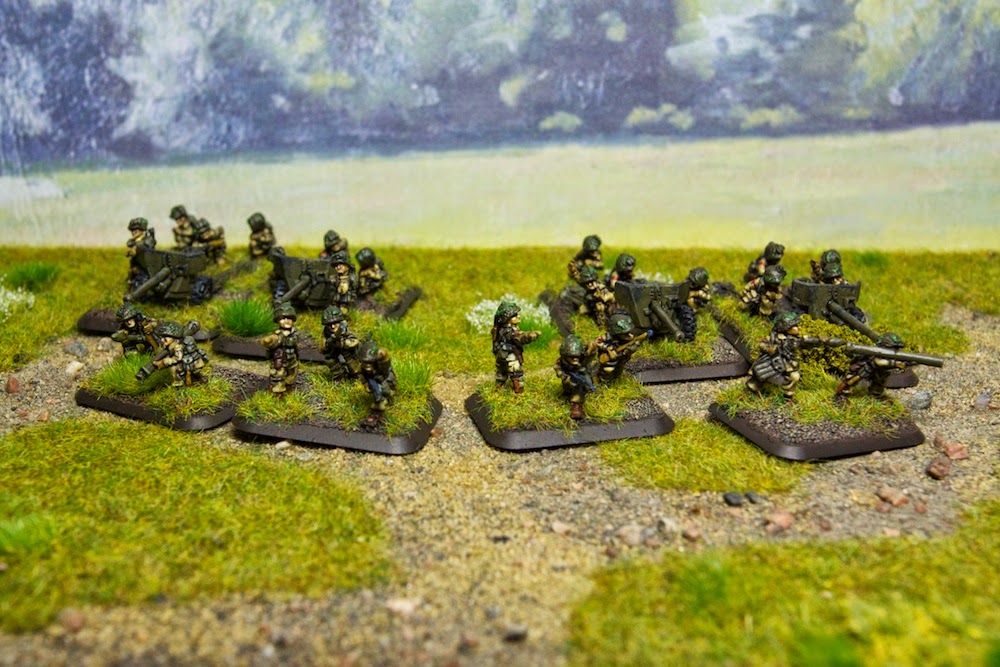 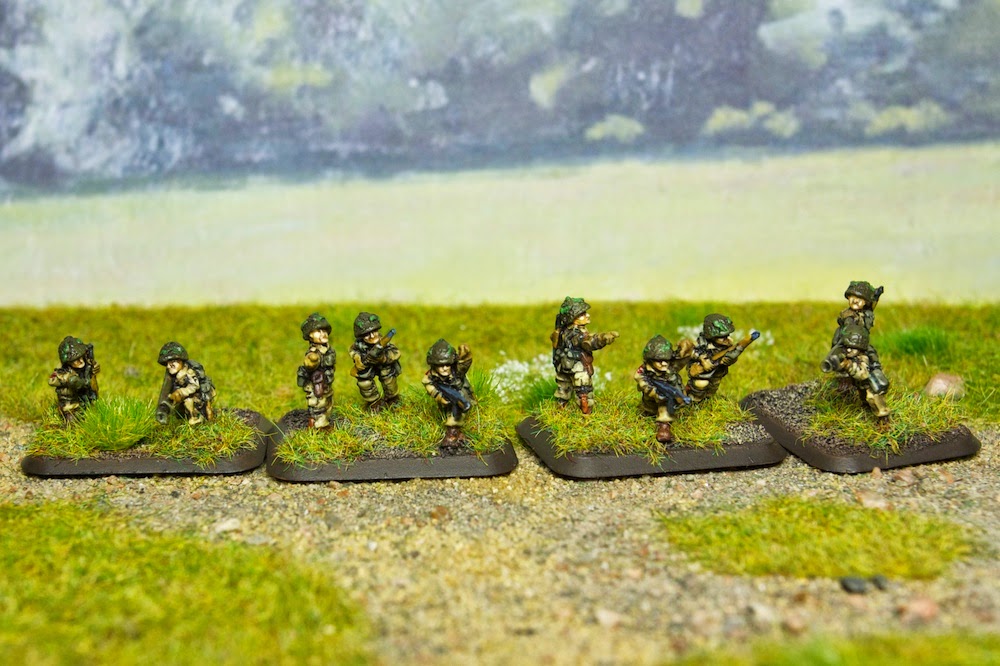 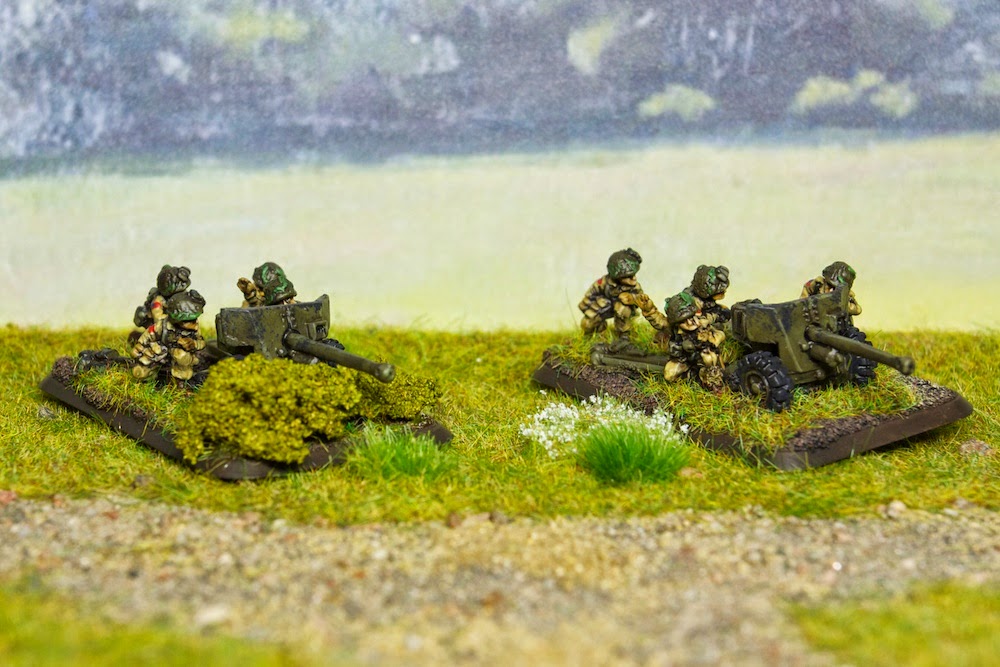 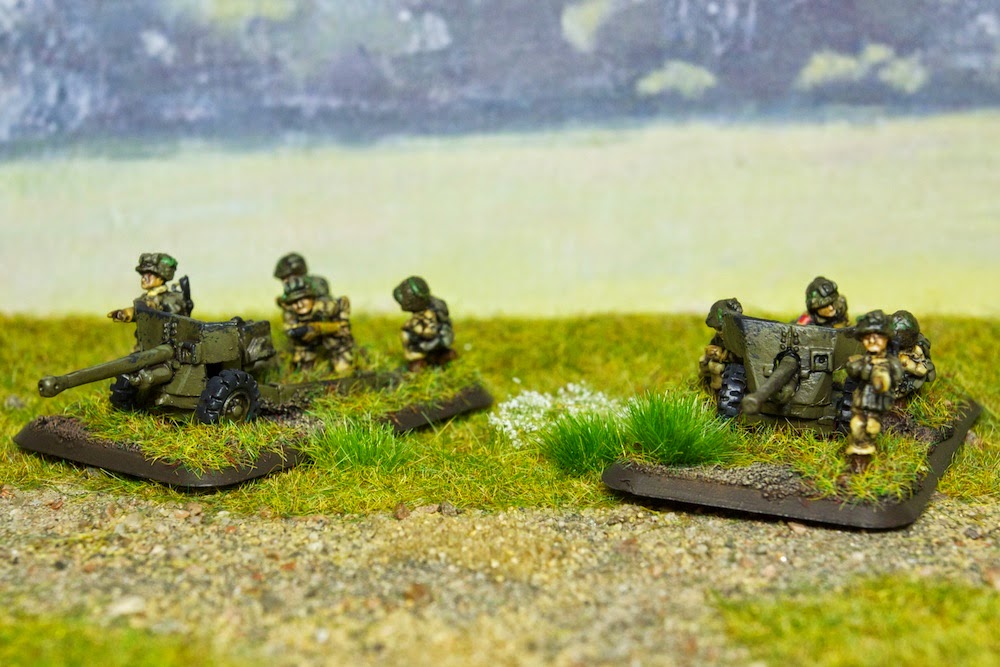