Next up half of the 2nd battalion of 44th East Essex for my 5th Division at Waterloo. The Regiment, and especially the 2nd Battalion served with distinction throughout the Peninsular and Waterloo campaigns with the Battalion capturing a french eagle from the 62nd regiment at Salamanca. The regiment had it quite tough especially at Quatre Bras.

All Perry plastics once again and painted with Vallejo paints and Army Painter inks this time. Had a minor mishap with the white Army Painter spray that I used to basecoat the minis. The surface became quite rough eventhough I shaked the can well before spraying. Couldn't get it all removed and it shows on some minis. I've now tried Vallejo, GW and Army Painter white sprays and none of them really seem to work all that well. Probably I'll just have to stick to basecoating with my airbrush even if it takes a lot more time.

The next half coming up later when I've finished some minis for a large Saga game that the club is holding in a couple of weeks. After that only the 28th and 42nd remaining and I have the British infantry contingent ready for Waterloo. Need to start ordering some cavalry fellas next. 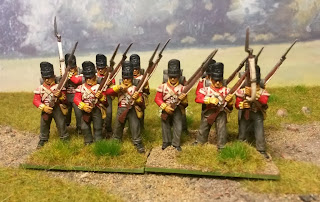 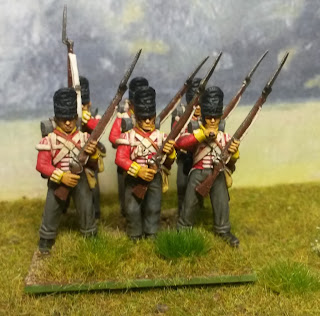 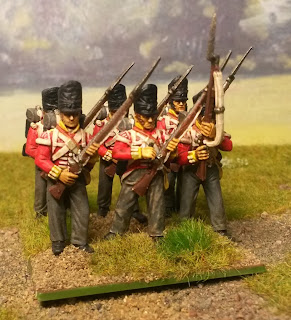