I'm back painting after a small hiatus due to the addition of a new furry member to our family. Jekku is a Novascotian duck tolling retriever who will hopefully someday become my hunting companion on duck and grouse hunts. It's still a long way off and currently he just concentrates on sleeping and mischief like most puppies do. At the moment his living up to his name which is prank or trick in finnish, but it's also the shortened slang name for the lovely German drink Jägermeister. Hopefully he'll transition to the latter when he grows older :) No big disasters yet, but he did already manage to open one cabinet where I kept prepped minis, luckily I got there in time to save the minis from a horrible death and the little dog from some epic stomach cramps. 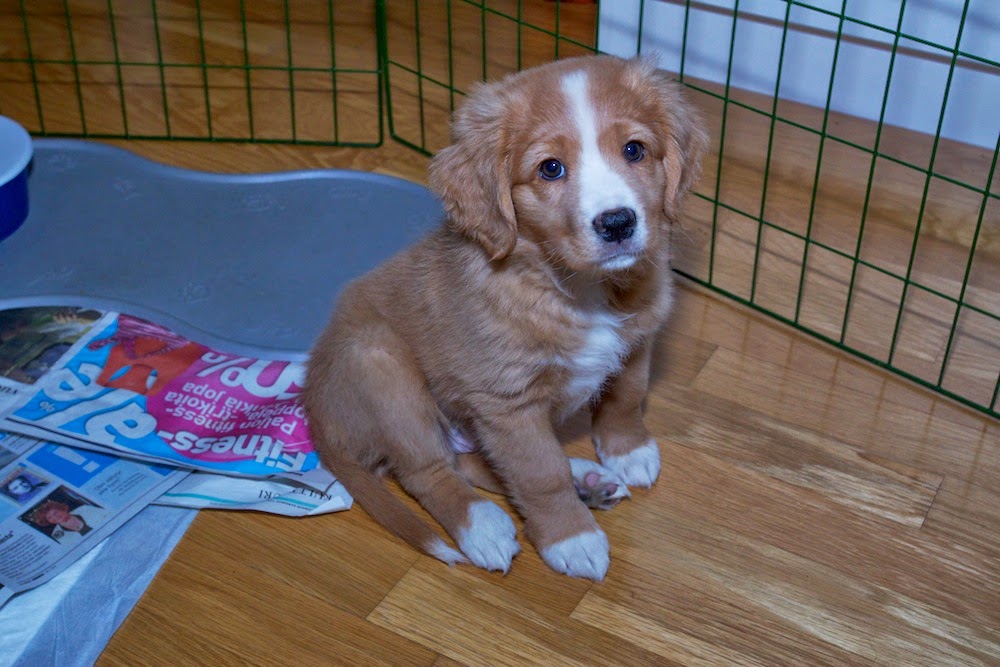 I did finish the Middle Guard last week already, but forgot to post them to the challenge... So they will be coming out this Friday. In addition to them I actually have a second entry lined up in the form of a Flames of War objective marker! I'll be participating in a tournament this weekend and decided I don't want to use the plastic markers I have so I quickly painted up this marker to accompany the one I already finished earlier. At the moment the wash is drying, but when that is done it's time for a  varnish and some static grass to finish it off. I also started on some remaining Early War Germans with two AT gun platoons and an IG platoon. In preparation for the tournament I've also been fixing a few models that have taken some abuse from falling etc. Pretty darn annoying stuff as it's really hard to match the paint shade when covering up areas that have been glued back together. 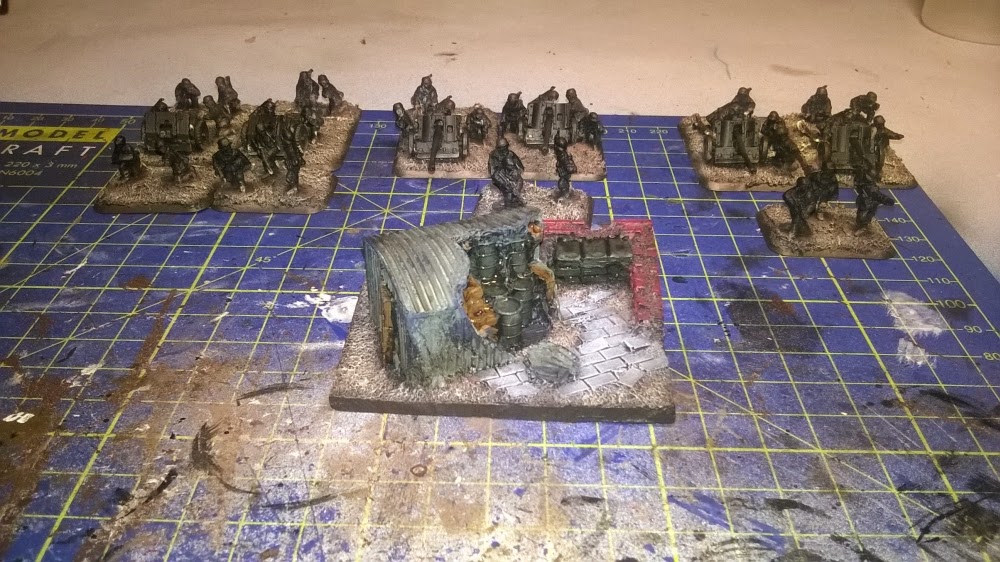 I'm already slacking on my New Years plan of not buying more than I paint as we organized a group order to Perry Miniatures at my club. They arrived at my doorstep today in four boxes. Six and a half kilograms of lead and plastic. Quite a hefty order. But at least now I have everything I was still missing for my Waterloo project except for a few artillery pieces. 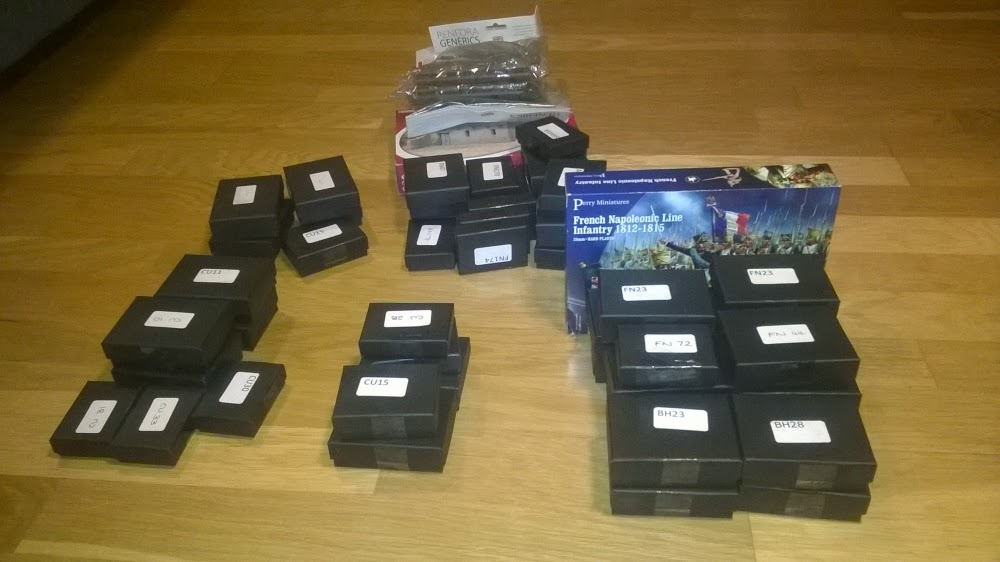